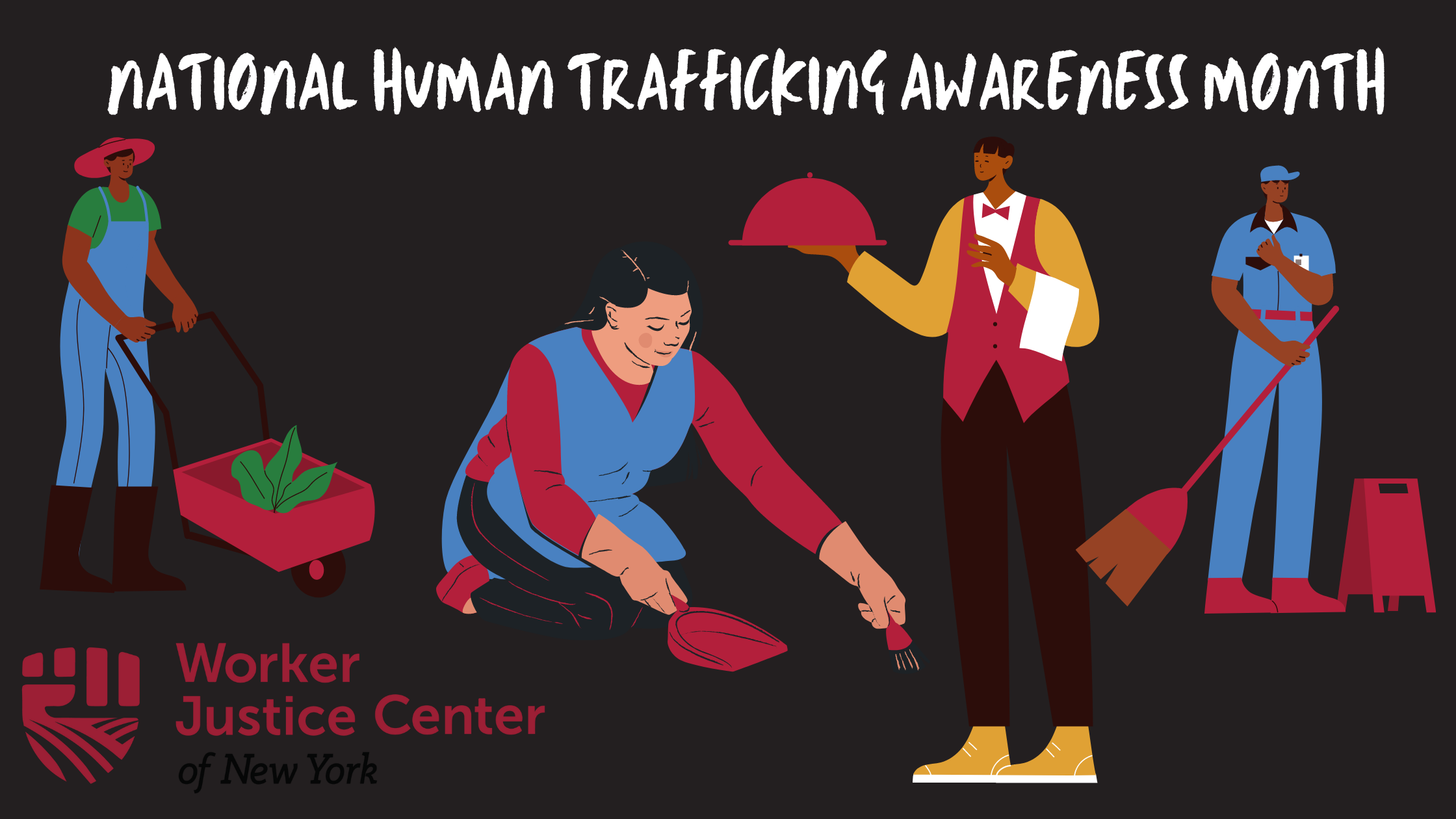 The United States was built on the trafficking of humans. While this history is one our nation continues to grapple with, human trafficking remains a prolific and subversive part of our economy.

In 2010 President Obama declared January “National Slavery and Human Trafficking Prevention Month” with the intent to expand national awareness of the prevalent existence of this crime. Twelve years later, the Worker Justice Center of New York continues to acknowledge this month of awareness, along with the countless allies with whom we engage in the fight against human trafficking. As a legal services provider for underrepresented and marginalized workers in New York State, our staff have witnessed the overt and subtle ways in which workers are exploited by employers. While labor exploitation is the violation of a worker’s rights under labor law (such as being paid below minimum wage, working in a hazardous and unsafe environment, not being provided meal breaks, having an inconsistent pay schedule, etc.), human trafficking is the violation of a person’s human rights

Popular culture may lead one to believe all cases of trafficking involve imprisonment, chains, cages, weapons, and physical abuse. Such as the recent headlines out of Georgia about a ‘modern-day’ slavery ring’ of migrant workers in which “workers were also forced to work at gunpoint, dig onions with their bare hands, paid 20 cents for each bucket harvested, and many were sold or traded to other conspirators.” But the reality can often be more nuanced and subversive, for example, most labor trafficking cases include an element of debt bondage that does not include physical violence or restraint. Across most industries, which are very dependent on cheap labor and consequently where labor trafficking cases have been found by our office are: agriculture, hotels, restaurants, state fairs, arts & music, domestic work, and sex work.

While only a couple of cases per year receive national coverage by the media, there have been 2,149 confirmed cases from 2007-2021 in New York State (data from the New York Interagency Task Force on Human Trafficking)

What can you do to help spread awareness of trafficking and join the fight against it?