April is Sexual Assault Awareness month, and in partnership with Justice for Migrant Women, the Worker Justice Center of New York is honoring and uplifting the 15th Anniversary of the Bandana Project this month, to raise awareness of sexual violence against farmworker women and girls. 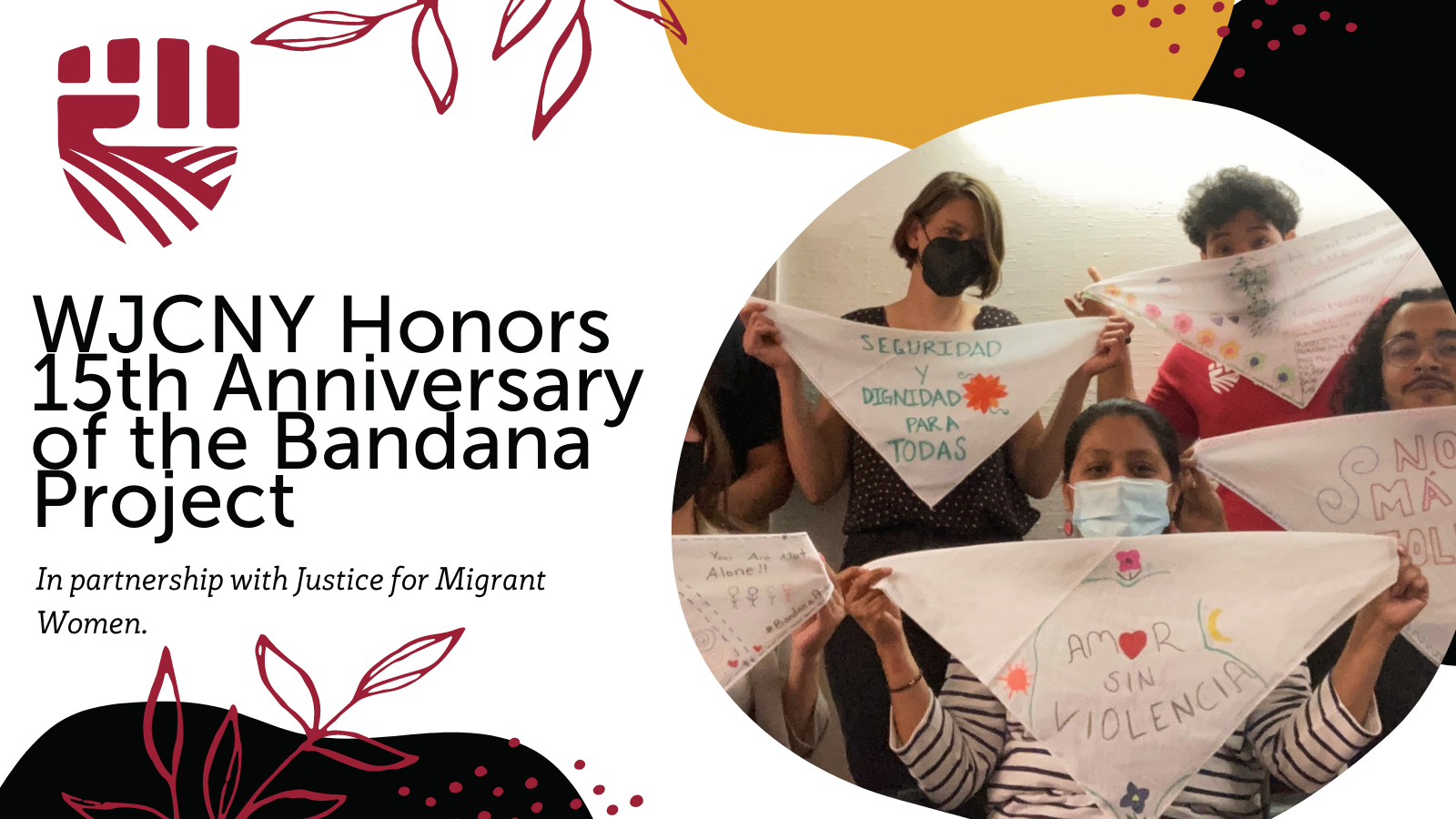 As a visible demonstration of our support and our shared commitment to ending the widespread sexual violence against farmworker women and girls, WJCNY held two events on April 20th where staff in our Rochester and Kingston offices, gathered to decorate bandanas, and another event is being held this Thursday for staff in our Hawthorne office, to decorate bandanas.

According to the following data, in 2008 the Southern Poverty Law Center interviewed low-wage immigrant women in the Southeastern United States, including dozens of farmworker women. Seventy-seven percent of these women revealed that workplace sexual violence is a major problem for them. More recently, 80% of farmworker women surveyed in the California Central Valley in 2010 reported that they had experienced sexual harassment at work. WJCNY challenges you and your organization to educate yourselves and others about this widespread epidemic among farmworker women and girls, and to support us in raising awareness about sexual assault and sexual harassment against farmworker women by hosting a bandana project event.

To become a partner or for additional information and assistance, please contact [email protected].

For more information about the Bandana Project, please visit www.justice4women.org/the-bandana-project. 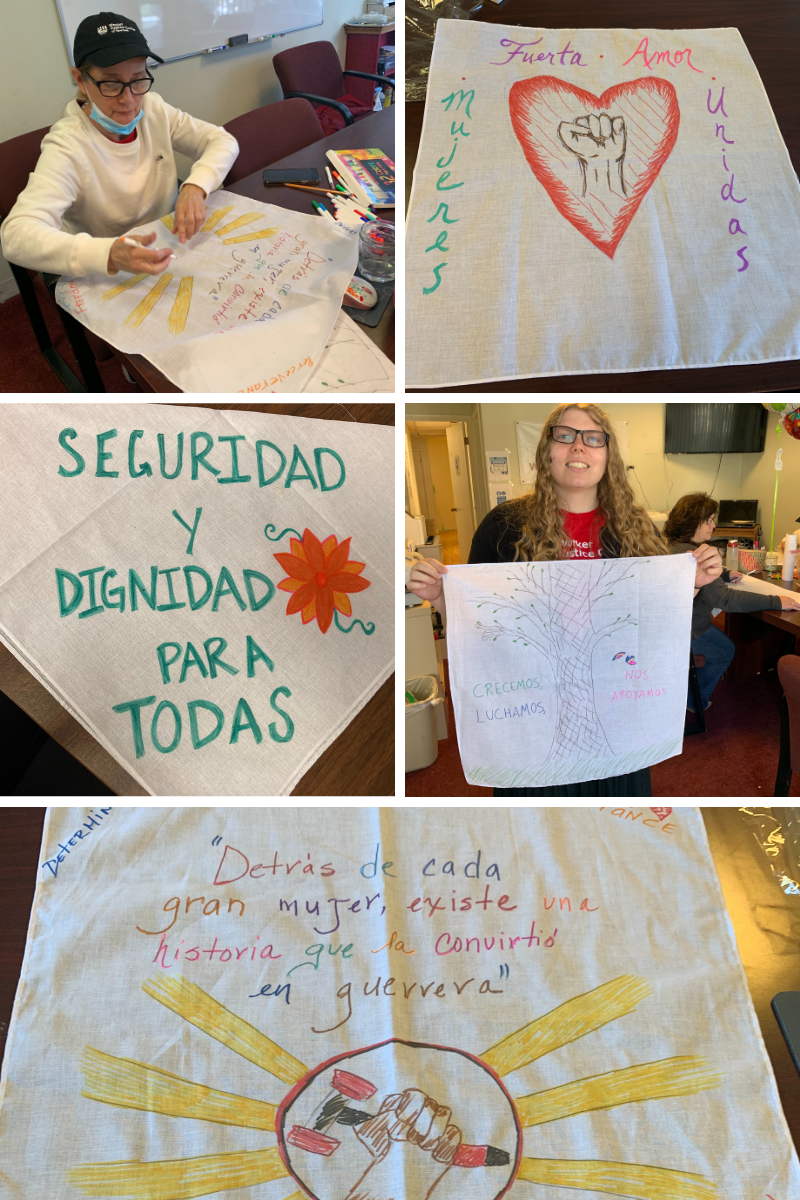